For many years, business had been seen as a “man's world,” with few women reaching top positions in the business world. But in the last two decades, this has largely changed, with an increasing number of women starting successful businesses, or being promoted to top executive positions inside some of the world's biggest companies. While the presence of women in the business world is now a common sight in the West, what about South East Asian countries?

The region has sometimes been highlighted for the barriers that women face when starting a business or being appointed to high-level positions in existing companies. Many women had limited access to the necessary capital or education, plus the fact that the concept of gender equality, as seen in the Western world, took quite a long time before it could take hold. But if we look at South East Asia in 2013, we can see that the business landscape is rapidly changing and more women are able to rise to the top. The cultural or social barriers that women would face in the past are now rapidly disappearing, all throughout the region.

By looking at more specific examples, we can see, for example, that 40% of small and medium sized businesses in the Philippines are now owned by women. This is a particularly important sign of progress, as small and medium businesses actually make up around 99% of all companies operating in the nation.

Another country that has made a very rapid move towards gender equality would be Thailand. In fact, you may be surprised to see that the country which has the highest proportion of female CEOs in the entire world isn't the USA or a European Union nation. According to the most recent annual report on global business released by Grant Thornton International, 49% of all CEO positions in Thailand are occupied by women. As the entire region of South East Asia develops itself economically, many of its government and business leaders have realized that the inclusion of women in the business world can bring nothing but positive results.

Various reports show that narrowing gender gaps can help the entire region in its economic development. A report recently published by Goldman Sachs states that if the gender gap is narrowed and women are allowed to reach their full potential in the workforce, per capita incomes could rise by as much as 14% in the next 6 years.

Do you want some examples of South East Asian business women who have succeeded? Here are some of them:

Lum, a chemist, started a company called Hydrochem back in 1989, with an investment of online $15,000 and three employees. The company's name is now Hyflux and provides various environmental cleanup and water treatment solutions.

Agustiawan started working in Indonesia's growing oil and gas sector twenty years ago, and ended up joining Pertamina, the state-owned energy company in 2006. She has risen through the ranks and was promoted President Director in 2009, making it the first time in Indonesia's history that a woman has achieved the top executive position in the state's energy company.

Chirathivat started working for the Central Group back in 1981. Through her ingenuity and efforts, Central Department Store, which is a chain of shopping centers owned by the Group, has now opened numerous other locations all through Thailand and has also entered the Chinese market.

Thinking of setting up a location in Malaysia? Let Servcorp help. With their extensive experience in the region, they can get your business off the ground rapidly, by providing business registration and virtual office services for foreign entrepreneurs. 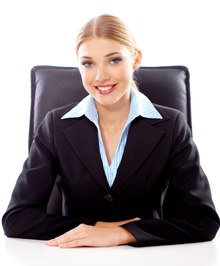