In good news for Malaysia, it's been announced that the number of investments in the country grew by 44% in the first quarter of 2013, when compared to the same period last year.

The number was driven predominately by domestic investments, with those accounting for 62.9% of the total invested.

However, things are looking very positive from a foreign investment standpoint as well, with the volume of investments there being up by 90.6% year on year.

All in all, investment brought in just under RM50 billion within the quarter.

While you'd think that the government would be pretty satisfied with these numbers, they've been quick to clarify that while the numbers were pleasing, they'd rather put the focus on maintaining quality within their investments.

In simpler terms, that means that they'd rather maintain a high level of investors than focus on increasing numbers.

Technological industries have benefitted heavily from investment during the quarter, with scientific and electronics firms receiving a significant boost. It's likely that this is at least partly down to the Malaysian government's investment in green tech firms that we've recently talked about, and as such our sentiments about now being a great time for green firms to invest in Malaysia still ring true!

It's not just tech firms that have been benefitting though – other notable projects that have gained investment over the previous quarter have included the medical manufacturer ABio Orthopaedics and the railway maintenance company CSR Rolling Stock Centre.

If you're based domestically within Malaysia, then you should at the very least be aware of the investment opportunities currently available within the country.

And on the other hand if you're an international business that's looking for a new region to invest in, then the current economic situation in Malaysia would seem to prove that you could do a lot worse. 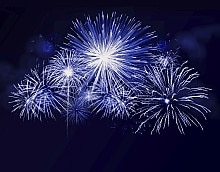