Some people say that it's a bad idea to work with one's spouse. They have their reasons for making this argument; however, it's also important to consider the other side. How can married couples working together create a better business plan and environment?

In a marriage, people know each other so well, and they are often able to communicate without words or without fully expressing ideas. As a result of this deep connection, a married couple may be able to more efficiently present their ideas to one another. From knowing the other individual's personality so well, they are able to understand what the person is saying before the words even come out of the other person's mouth. At a business meeting, they could act as a formidable team and really convey information by finishing each other's sentences and getting the point across to the employees.

Balancing Each Other Out

Another major benefit of a married couple working together comes when the partners have some opposite components to their personality. For example, the husband might be very hot-headed and get rather angry under stress. However, the wife is extremely laid back and sometimes seems as though she does not care enough. Both of these spectrum ends can be detrimental to work a work environment. Still though, if the two of them are managing the company together, then they are able to balance each other out. What one lacks, the other one is able to bring to the table.

For people who are bosses and managers, constructive criticism is part of the job. On the other hand, employees telling one another what they are doing wrong has the possibility to create a really awkward situation. Basically, they are not really that comfortable having those types of conversations with one another. In a married couple's relationship, that fear is practically diminished. The two have likely had arguments before, and they probably do pick on each other's flaws from time to time. While constantly criticism is not healthy for a marriage, some of it can help to make the business environment and the working habits much stronger.

Not Resenting the Business

When companies keep employees for very long hours or ask them to come in on the weekends, they often upset some of the workers. The employees want to get home to their spouses, and they do not wish to stay at work because of this reason. When married couples work together, they do not have this fear of missing time with their spouse due to extended work hours. This statement does not necessarily mean they will be thrilled to stay at work and do overtime hours on a regular basis, but it can mean that it is not as stressful or annoying to them.

Again, some say that spouses working together is not a smart idea. Before they really make that assertion though, it's really important that they figure out what the benefits are of having such an arrangement. 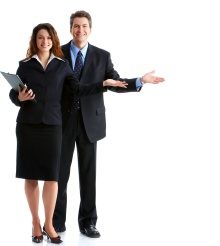