Owing to a wave of strong domestic consumption and investments, Malaysia's economy is set to expand further than expected over this quarter and the rest of the year.

That's according to a study by business information firm Dun and Bradstreet Malaysia. In its first quarterly Business Optimism Index (or BOI) for the country, they found that Malaysian businesses had plenty of reasons to be upbeat about the state of the economy.

For instance, positive sentiments were expressed with regards to volume of sales, net profits, selling price, inventory levels, employees and new levels of business over the first few months of the year.

Sales across the entire country are expected to remain strong within the second half of the year, as are net profits.

All in all, projections are pretty healthy.

So if you're a business based within Malaysia, what does this mean for you?

Well, it's obviously predominately positive – if the country's economy is performing well, and net profits are expected to remain strong over the course of the year it's hardly a cause for concern!

However, it's worth bearing in mind that certain sectors are likely to perform better than others. For instance, the wholesale, services and financial sectors are slated to perform particularly well.

In particular, it could be worth bearing in mind that firms in the finance sector are likely to be hiring heavily over the next few months. As such, if you're looking for new members of staff with a skillset that's likely to include financial abilities it could be worth moving sooner rather than later to avoid losing the chance to gain some of the top candidates.

Within the bigger picture, it's also worth bearing in mind that businesses within the service industry are likely to expand and hire additional staff over the next few months as well, so be aware of the increase in recruitment even if you're looking for members of staff with a broader skillset.

Employment aside though, the main business consideration here has to be cash - the higher the number of Malaysian people in employment, the higher the volume of disposable income they'll have at their fingertips.

As such, it'll simply be up to you to ensure that they're throwing it at your business. 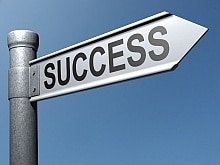