There are various ways to measure the “size” of a corporation. We can measure the size of a particular business in terms of revenue, profits, assets, and market value. We can also measure the growth of an enterprise by its market capitalization.

If market value pertains to the price a property or an asset would fetch in an auction, market capitalization is the total or the whole market value of a business's outstanding share.  It is calculated by multiplying the current market price per share by the corporation's number of shares. This is the figure most commonly used by the investment community to determine the size of a company.

Here are the top 10 largest Malaysian Corporations based on its market capitalization.

Malaysian Banking Berhad - Maybank tops the list of the ten largest corporations based on market capitalization. The bank was founded in 1960 in Kuala Lumpur by Khoo Tech Puat. Within three years the bank had more than 150 branches. The market capital of Maybank is RM88 billion, with  total assets of around RM495 billion. The dividend yield is 1.3%; the current price per share is RM10.02.

Public Bank - This bank is known to be the largest non-government corporation in Malaysia. The bank was founded by Tan Sri Dr. The Hong Piow in 1966. His vision was to make into reality a bank for the public. There are now over 377 branches of Public Bank all over the world. Its market capitalization is RM67.04 billion, with total assets of RM275 billion and a dividend yield of 2.3%. The current price per share is RM18.60.

Tenaga Nasional Berhad - The company is the largest electricity utility in Malaysia. TNB deals not only with the distribution and sale of electricity, but with its generation and transmission. Founded in 1949 as the Central Electricity Board, it was renamed the National Electricity Board of the States of Malaysia. In 1990 it became a privately-owned company by the Malaysian government and renamed Tenada Nasional Berhad. Its market capitalization of TNB is RM62.76 billion; with a total asset of RM99 billion and a dividend yield of 2.72%. The price per share is RM11.04.

Axiata Group Berhad - Axiata is definitely one of Asia's top telecommunication companies. It was called TM International Berhad on its foundation in 1992. In 2008 it split from its parent company and was rebranded Axiata in 2009. It has mobile subsidiaries in Singapore, Indonesia and Sri Lanka. The market capitalization of Axiata is RM58.08 billion, with a total asset of RM34 billion. The price per share is RM6.75 with a dividend yield of 2.37%.

CIMB Group -  CIMB stands for Commerce International Merchant Bankers Berhad. The Subsidiaries of the CIMB Group are CIMB Islamic, CIMB Investment Bank and CIMB Securities International. In its short time on the Kuala Lumpur Stock Exchange's Main Board, CIMB delivered a 340% return to its shareholders. Its market capitalization amounts to RM57.27 billion. Its total assets are about RM370 billion, with a dividend yield of 3.35%. The current price per share is RM7.64.

Malaysia has its share of self-made billionaires in the field of banking, casinos, real estate, telecommunication, sugar, palm oil and shipping.

Tan Sri Robert Kuok Hock Nien is the richest man in Malaysia with a net value of $11.5 billion. His Kuok Group and Kerry Group deal with palm oil, sugar, shipping and real estate properties.  It has a network of companies, known as Wilmar International, all over Asia including Australia and Fiji.

Tan Sri Lim Kok Thay is the son of the late founder of the Genting GroupTan Sri Lim Goh Tong.  He actually inherited the Genting Group, which is a conglomerate of various subsidiaries in casinos, hospitality sector, oil palm plantations, power generation and real estate. His net worth is $6.5 billion.

Tan Sri Quek Leng Chan is the founder of Hong Leong Group Malaysia. His net worth is about $6.4 billion. Though he inherited quite a fortune from his father, he still established his own company.  Presently Hong Leong Group controls 14 listed companies in the field of financial services, distribution, manufacturing, property and infrastructure development.  The company is set to build high-end luxury hotels.

Tan Sri Teh Hong Piow is the founder of Public Bank. His net worth is estimated at $5.6 billion. He is a self-made multi billionaire in the banking sector.

Three out of the top five richest men in Malaysia built their business from the ground up.  Take Tan Sri Teh Hong Piow. He started out as a low-paid bank clerk. He worked his way up in the course of 16 years. In his late 30s, he decided to take the plunge and set up Public Bank. 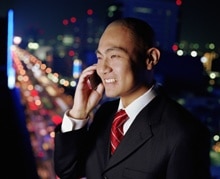